Buddha : The Search for Nirvana 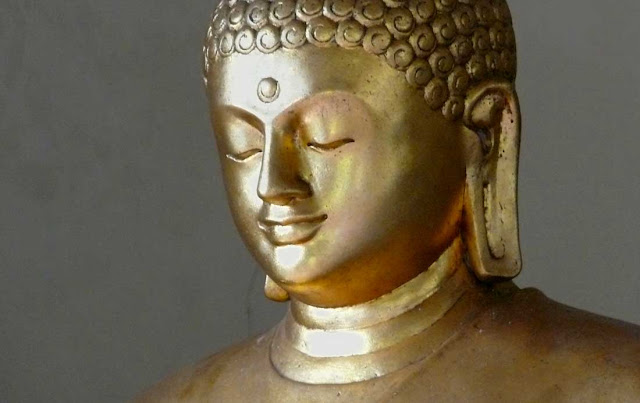 Gautam Buddha is one the most influential person ever born in India , Which affected the Globe with his Divine knowledge.No other person in India has so much influence on the world for so much time .
" Buddha " word has a origin from "Buddhi" means intelligence ...A person who is fool called "Buddhu " and  person who is intelligent is called "Buddhiman" , But The Person who got the Ultimate Intelligence ,the Divine knowledge,Super Consciousness  is called Buddha  .
The Time of Gautama Buddha and death are uncertain but Historians in more recent opinion his life time go near 563 B.C to 483 B.C .in Lumbini (Present day Nepal). He was born in Royal Family of Kshatriya (Hindu) family. By tradition, he is said to have been destined by birth to the life of a prince, but astrologers predicted that he will either great king or a Saint.
Fearing this his father shielded from all the sufferings of the world , after the age of 16 he was married to princes Yashodhara , and at age 29 years he was blessed with a son.
In this age when one day Siddhartha traveled to his kingdom he saw a sick , old and dead man and realized that all the happiness in the world is  fragile and unstable .
Siddhartha left his home to search the path towards True Path and freedom from suffering .
After 7 years of search at last he got enlightenment .He discovered the path which is called "Middle path " , which can lead to freedom from suffering . for the remaining 45 years of his life , Buddha traveled in the Gangetic plain , teaching a diverse range of people , from Kings to Outcasts .

According to the Mahaparinibbana sutta of the Pali canon, at the age of 80, the Buddha announced that he would soon reach Parinirvana, or the final deathless state, and abandon his earthly body.After this after eating his last meal , he fall violently ill , and died . This event of leaving of Buddha from this planet is also called Mahaprinibbana. One important fact is that Gautam Buddha birth , Enlightenment and death all occured on Full Moon ( Purnima) also celebrated as Buddha Purnima in all over the India.

3. Pratityasamutpada :- Every cause has a effect and  every effect has a  cause.

4. Teachings should not be accepted unless they are borne out by our experience and are praised by the wise.

5.Achievement of Nirvana, the ultimate Goal.

Later on Buddhist Religion divided in to two major sects
1.Hinyana
2.Mahayana
Both of the sect having their own philosophy and tradition .


Buddhist Religion was expanded in whole of Asia , in 1000 years. Many countries in the world still follow Buddhism . Buddhist Mediation Vipassana is still the most practiced Mediation Techinque in all over the world .

Anyway Buddha is still smiling on the World.....