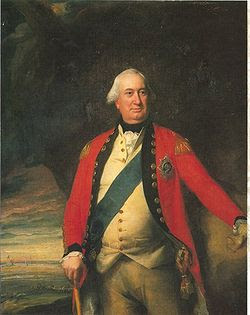 Lord Cornwallis , Charles Cornwallis ,1st Marquess Cornwallis ( 1738 - 1805 ) was the most popular British Army officer and Administrator .He has a special relation to India And US.A . 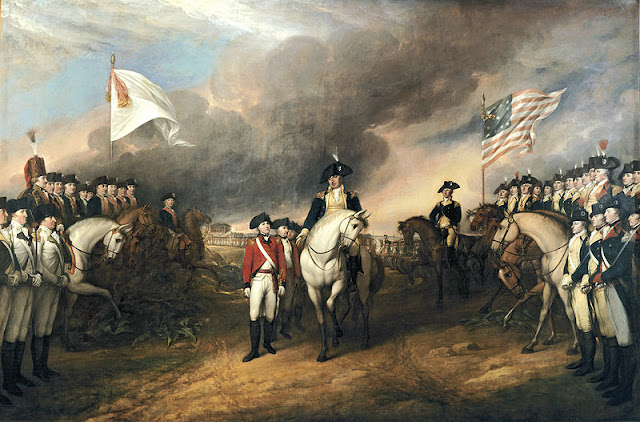 In both the Largest Democracies are once ruled by this Officer . He was  appointed the Lt. General in North American in 1776 A.D at the time of American Revolution . He participated in many campaign against George Washington  in U.S.A. . Lord Cornwallis  surrendered to General Washington and French Commander ,  in 1781 A.D.
After his defeat he returned to Britain and to surprise of All He was appointed the Governor General in India in 1786 A.D. His one of the Major contribution to East India company was to defeat the State of Mysore which was under the leadership of Tipu Sultan become Major threat . Cornwallis believed that due the help of French East India company Tipu became the toughest opponent to the East India company .
When the war broke out, Cornwallis negotiated alliances with the Marathas and Hyderabad. And defeated the Tipu in 3rd Anglo-Maysore war . Thus weakened Tipu sultan . 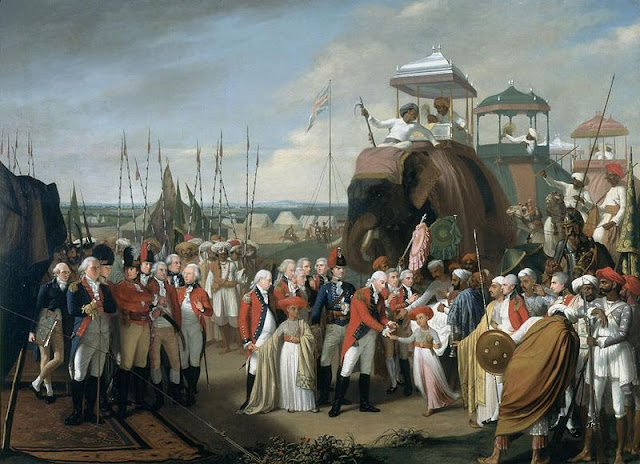 Cornwallis also started Indian Civil Services and introduced Civil & criminal justice system in India. He had the legal frameworks of Muslim and Hindu law translated into English, and promulgated administrative regulations and a new civil and criminal code. This work, introduced in 1793, was known as the Cornwallis code . He also introduced Permanent settlement 1793 A.Din Bengal province to end corruption in Land Revenue System.
In 1805 Cornwallis was reappointed Governor-General of India by Pitt (who had again become Prime Minister), this time to curb the expansionist activity of Lord  Wellesley.
He arrived in India in July 1805, and died on 5 October of a fever at Ghazipur  at that time in the Varansi. Cornwallis was buried there, overlooking the Ganges river.
What a Life .....and What a Death ...I think.. lord Cornwallis never dreamed to be defeated in U.S.A and Buried in India on the Bank of Sacred River Ganges !