Kamagata Maru was the name of Stem Ship   hired by by the Gurdit Singh Sandu from Japan . In 1914 A.D the Canadian Government wanted to restrict immigration form India , passed a law that prohibits immigration of person who come from  country of their birth or citizenship by a continuous journey and or through tickets purchased before leaving their country of their birth or nationality.( This applied only to ships that began their voyage in India),These regulations were not for European immigrants ( 400,000 in 1913 A.D )

One Indian Gurdit Singh Sandhu take this law as a challenge and planned to hire a ship  to break continuous journey regulation and opening the door for immigration from India to Canada.

He started his journey on 4 April 1914 A.D  with 376 Indian passengers for the Vancouver .The Indian Nationalist revolutionaries Barkatullah and Balwant Singh also met the passengers on the way.

The "Gadar Party " ( group of immigrants Indians in U.S ,Europe and Canada) also supported this Journey .

When the Komagata Maru arrived in Canadian waters on May 23 ,1914 A.D , it was not allowed to dock. The Canadian Government was influenced by the British Government. So ,no Indian immigrant from that ship was allowed to disembark . After too much legal and political debate at last Canadian government ordered the harbour tug Sea Lion to push the ship out to sea.
The government also mobilized  HMCS Rainbow Royal Naval ship under the command of Commander Hose. Since  the ship had violated the exclusion laws, the passengers did not have the required funds, and they had not sailed directly from India. The ship was turned around and forced to depart on July 23 for Asia.

After very difficult journey  The Komagata Maru arrived in Calcutta on September 27 ,1914 A.D.The ship was forced to stop by a British gunboat, and the passengers were placed under guard. The government of the British Raj saw the men on the Komagata Maru as dangerous political agitators.

Government tried to arrest Gurdit Singh and the 20 or so other men that they saw as leaders. In the process, shots were fired and 19 of the passengers were killed,  the remainder were arrested and imprisoned for the duration of the First World War.

This incident shows the racist,colonist  and biased policies of the European and Canadian Government towards Asia .
Today the brave leaders and passengers of Kamagata Maru remembered both in India and Canada for their courage, determination and Brave Dream. 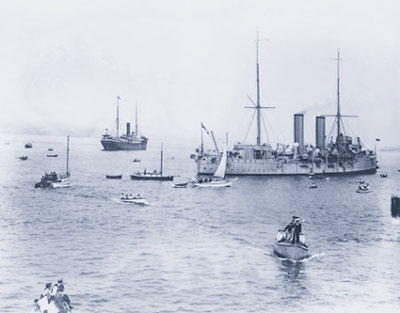