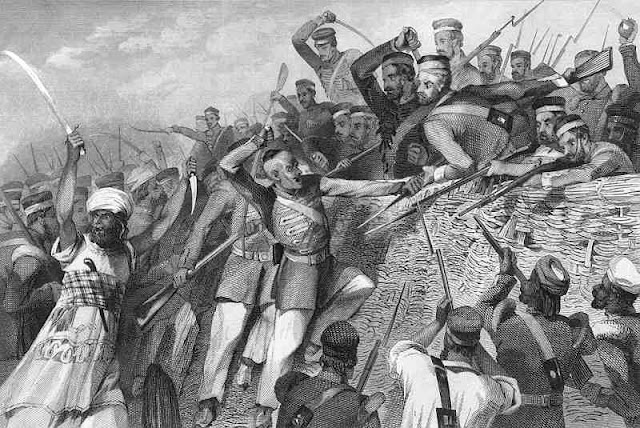 East India Company had only two goal in India Expansion of Empire and Economical Exploitation of India.
But these policies resulted in Disaster for East India Company. The Indian Revolt or Mutiny or Freedom struggle began on 10 May 1857 A.D. in the Ancient town of Meerut ( Famous in Harrppa Civilization and Aryan period ).Soon it spread in whole Northern India and some parts of South India. The rebellion was the greatest threat to Empire of East India since Defeat of French in India.
Many historian have different views on the nature of this revolt-->
According to
Sir James Outram and W.Taylor " Conspiracy of Hindu-Muslims "
Benjamin Disrraeli " National Revolt"
Ashok Mehta " National Revoly"

After considering all the facts minutely and extensively it is proved now that though this revolt was begin as a Mutiny by the Sepoy of East India Company but after some time it took a Nationalist character .
Soldiers ,Landlords , peasant , farmers ,craftsman , villagers , Kings and Nawabs all ( Except Newly Educated Indians)  participated in this struggle against Colonial East India Company .

Immediate Cause -> Most of the Anglo Indian historian considered  greased Cartridges ammunition for Enfield Rifles . To load the rifle, sepoys had to  bite the cartidges open to release the powder. The grease used on these cartridges included  pork would be offensive to Muslims, and if derived from beef would be offensive to Hindus. This was the rumors that East India Company is trying to corrupt the religions of Hindu and Muslims to convert them into Christianity .
Modern researches showed some evidence of use of pork and Beef into those Cartidges .
It was but obvious for the 275000 soldiers of East India company to believe these rumors because of Cruel and suspicious policies Company. 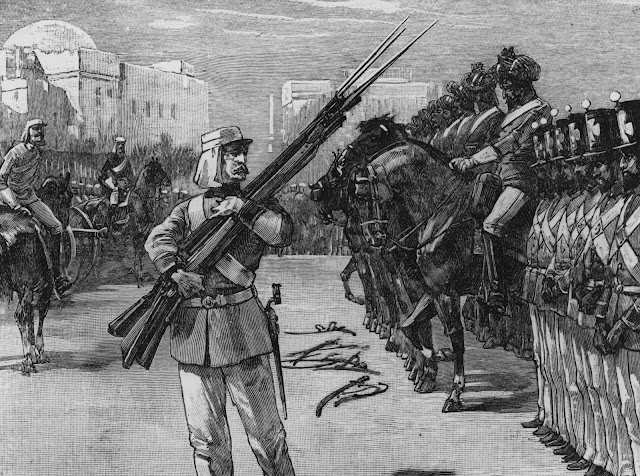 Economical Exploitation -> East India Company after it dominance in India Exploited Indian economy in ever field. Farmers , peasants , landlords and craftsman all were  dissatisfied with inefficient and insufficient policies of Company.
Farmer were heavenly burdened by high demand of land revenue , if they failed to pay their home and lands were auctioned by the British officers .
Indian cotton Industry was also destroyed by the East India Company. Many land lord were also opposing the high taxation on them

Political -> 1.Doctrine of Lapse by Lord Dalhousie
2. Annexation of Awadh

Social Reforms -> This is strange by truth that social reforms like banning the Sati tradition and Widow Remarriage were also created suspicion in the Indian common people that East India Company  was trying to disturb Indian social-religious system. 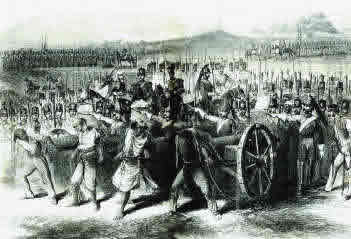